Elements was a mixed use development designed for a lot across the street from HVCC. The three main buildings were inspired by core elements Air, Fire, and Water. The Air building was the location of the required residences as well as subterranean parking and first floor storefronts. The building’s cantilevered end emphasized the lightness of the building. The Fire building was the entertainment venue, featuring two large movie theaters, three standard sized movie theaters, and shopping. The building also incorporated a large parking structure to accommodate guests, overflow from the residential parking, and even students of the college across the street. The center piece of Fire was the open space that utilized the necessary vertical circulation to create a dynamic experience with escalators that were surrounded by suspended screens displaying media and trailers. To create an inviting glow during the darker hours, most of the interior surfaces utilized a brass paneling system or scarlet carpeting. The Water building was home to the fitness center as well as some park side storefronts. The leading edge of the building sloped up out of a reflecting pool. The building also acted as an entrance to the subterranean level of the neighboring Fire parking structure. Beyond the cardio and weight rooms expected in a fitness center, Water boasted large dance and yoga studios, a rooftop tennis venue, and multiple level rock walls in the lobby. One of these climbing walls had the added uniqueness of taking the adventurer up, out of the lobby and through the roof for a striking view. The central, circular park took on the elemental identity of Earth. Pavement mounted dancing fountains provided a lively focal point as well as created a playful area for children in the summer months. One segment of the park was landscaped to form an amphitheater facing a centralized subterranean stage. The Earth cafe building was also situated, growing out of the ground, in one of the central sections. This smaller building took visual ideas from the other three. The curve of the roof was inspired by views of Air, the columns and glazing came from Fire, and the way it rose out of the earth referred to the relationship Water had with the reflecting pool. 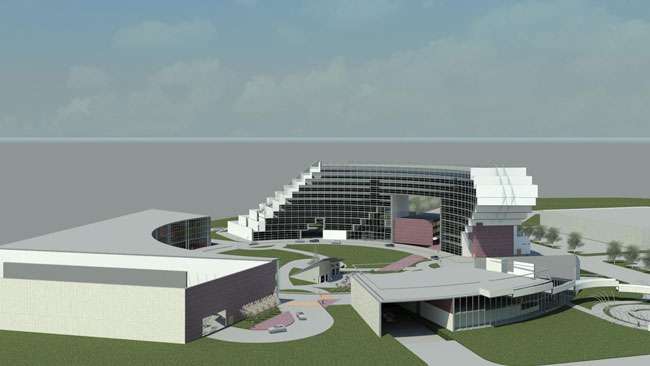 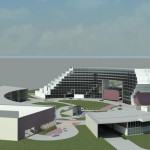 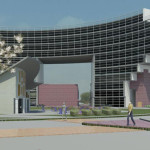 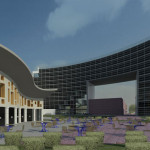 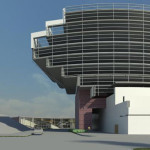 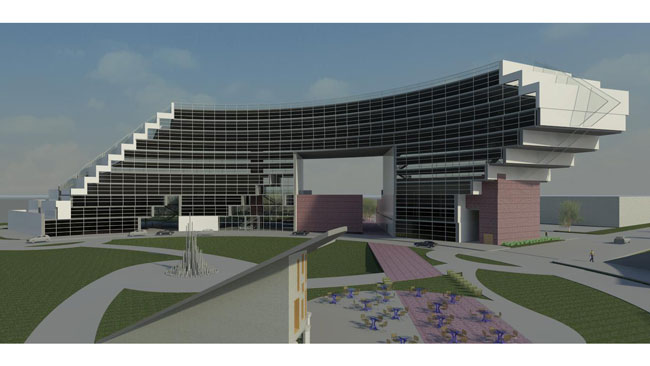 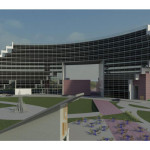 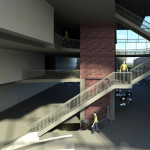 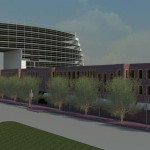 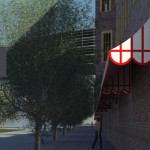 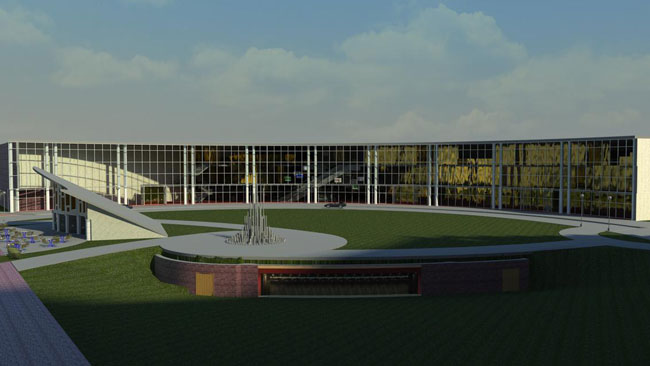 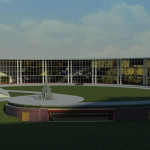 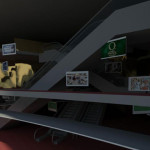 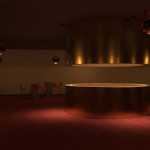 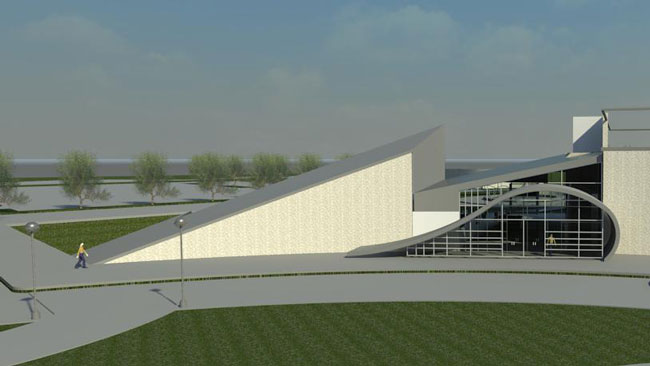 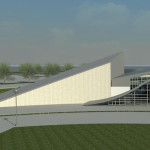 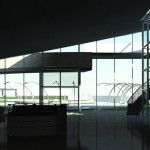 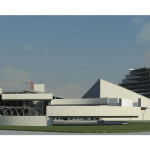