The site of Troy, New York’s former town hall is currently an empty space between a lively public square and a stunning view of the Hudson River. The city’s historic and intricate street wall is violently broken with this wasteland of concrete and exposed rebar. Vanderheyden Square would be a mixed use development that would bring housing, retail, dining, and river view public spaces to the neighborhood. The central courtyard is a response to the triangular area of Monument Square and derives from extensions of First Street and Broadway. The widths of these site interventions are responsive to the road sizes and their use of public and vehicular traffic. The city side of both buildings on the site connect into the street wall present in the district, using classical proportioning seen in facades from the surroundings. The lower level of the street facades are laid out for local businesses. The river side of both buildings maintain the vertical proportions of the street side, but the form is based on a curvature reminiscent of waves. This allows for a very dynamic and eye catching view from the river as well as from the bridge when entering the city of Troy. The ground floor of this side of one building is a large space that serves as home for the local farmer’s market during winter and inclement weather. The other river  view ground floor is a restaurant with trellis  inspired walls and a partial,  glass  roof allowing  for breath taking views onto the river as well as towards the sky. As its principle design, the city side park incorporates a map of the Erie Canal with a star marking the location of Troy. The city reached its highest importance during the time it acted as end point of the canal. The lengths of the bench walls are 18ft and 25ft to commemorate the canal’s opening in 1825. The river side public space includes an elevated viewing balcony that extends Broadway’s site interaction, a terraced amphitheater with a sheltered stage, a connection for the river front bike trail and park system,  and an ADA ramp system that connects into the neighboring Riverfront Park. Both buildings are green roofed.  Also, on the rooftop, there are raised beds, grape arbors, and all season greenhouses are arranged to maximize the use of the roof as well as create a special space for the residents to garden and have private outdoor space. Located at the intersection of the two axis crossing through the site, a clock tower becomes the focal point. Its location makes it the end view of both Broadway and First Street. The faces of the clock tower are responsive to the type of circulation on each of the approaching streets. The clock tower also acts as a focal point on the river to give Troy an iconic water front silhouette and to give the city of Troy a clock tower to identify the gateway between downtown and the river front parks. 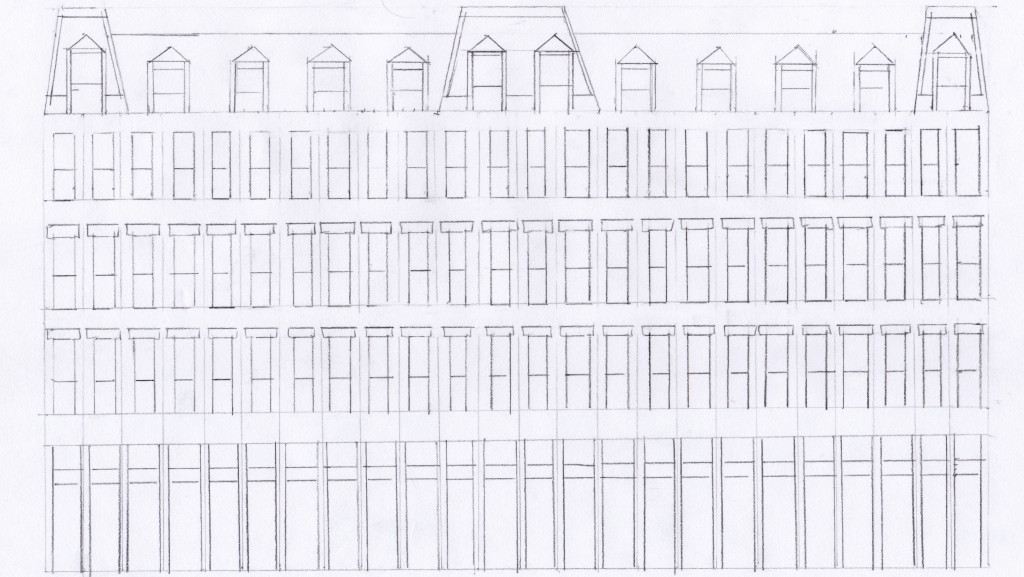 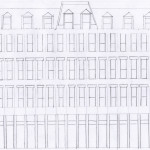 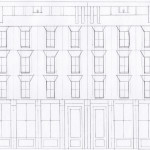 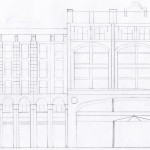 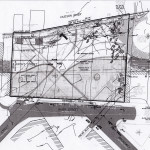 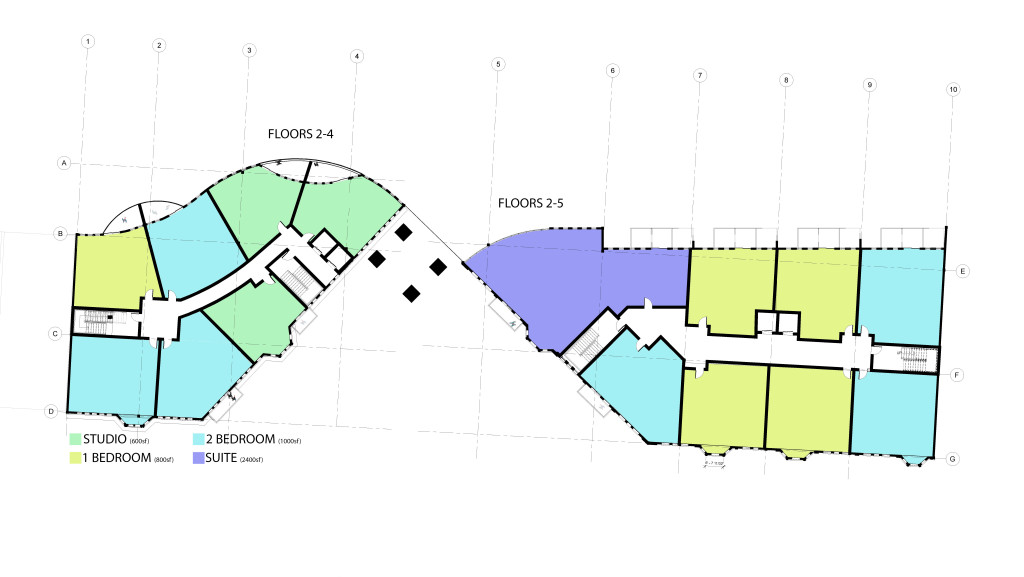 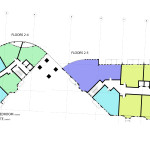 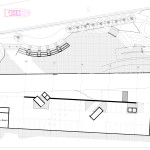 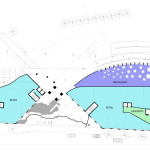 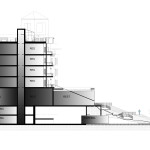 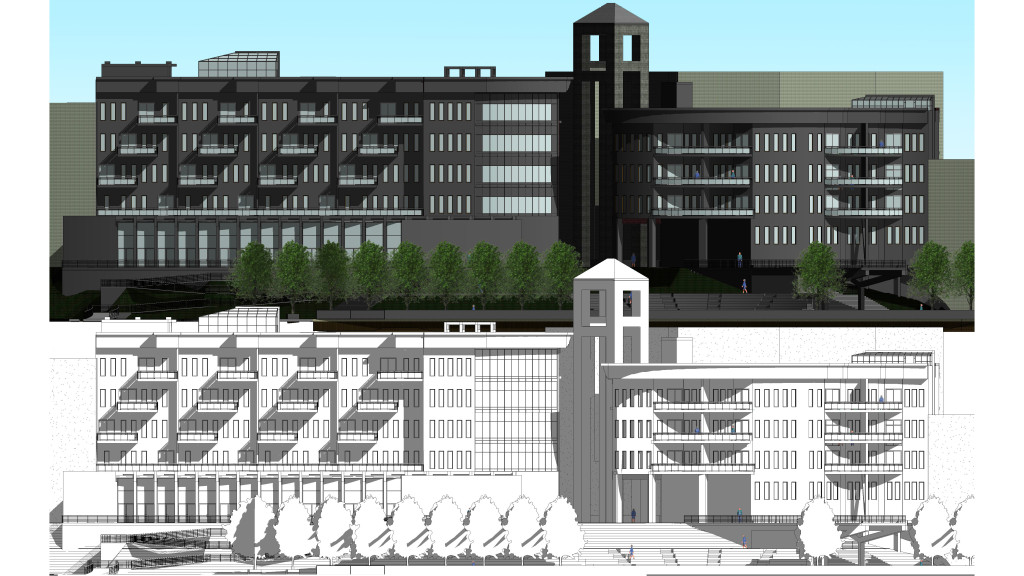 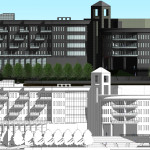 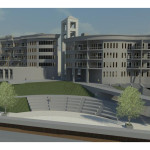 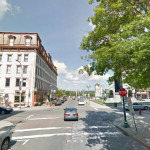 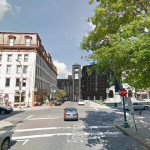 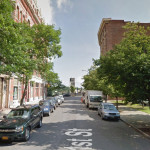 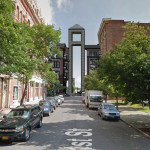 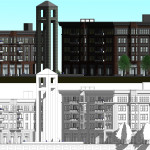 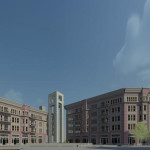 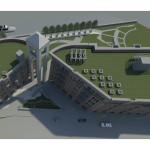 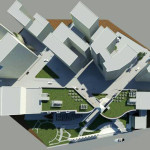