This project grew as bars pulled up out of the hillside and wove around each other. Each bar was specialized to a specific purpose or individual inhabitant. The artist’s retreat was intended to accommodate eight artists. The design incorporated individual living spaces, personal studios, communal work and living spaces for residents, a media library, an exhibition space, a changing exhibit, an outdoor gathering space and the necessary spaces to operate the retreat. The final forms were developed by aggregating modular units along the paths of the bars. The gaps formed between the masses were glazed to allow light to filter down into the subterranean exhibition space. These light wells also allow for windows into the personal studios to receive indirect light for optimal conditions. A guest visiting the space would approach the landscape-like roof of the building then descend into the hillside to experience the main art display. This subterranean area would not only provide a cooler space for the predominantly summer venue, but would also allow a dramatic view out across the expansive art field. 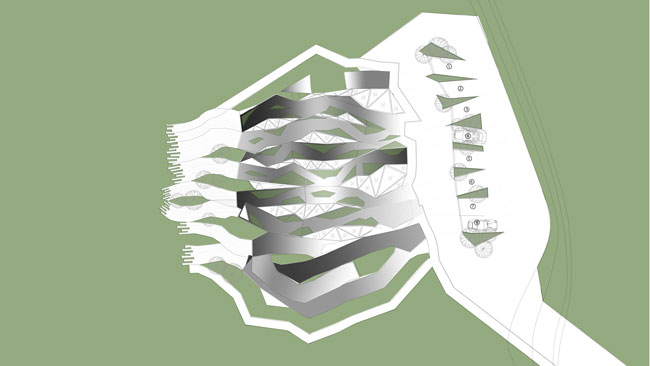 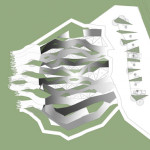 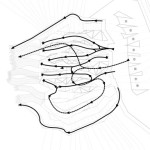 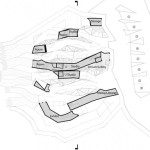 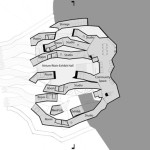 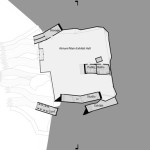 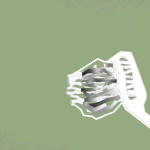 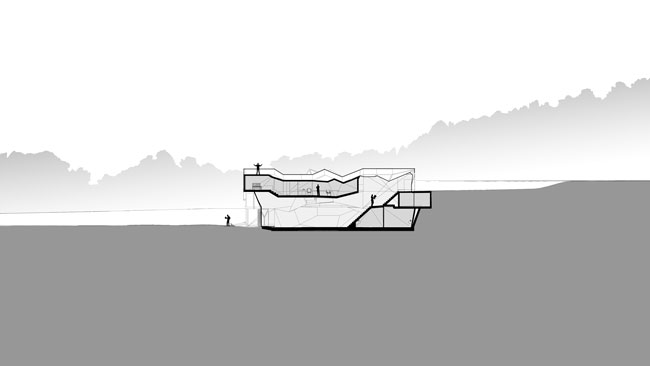 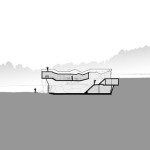 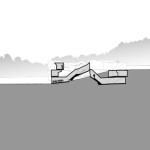 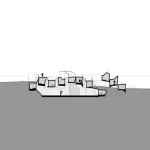 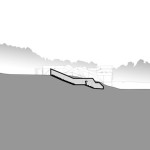 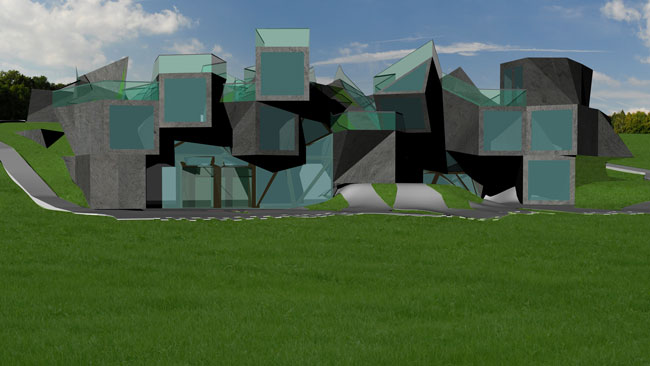 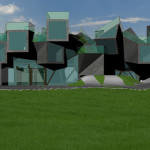 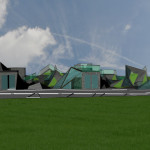 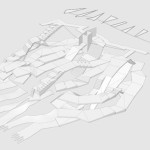 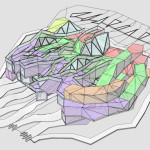