This project explored futuristic evolution of Extreme Insects. A Blepharopsis Mendica Mantis served as the initial insect. To maximize its predatorial abilities, an array of augmented grabbing arms were arranged along the thorax of the mantis. The higher end of the food chain was also considered by adding eyes along the back of the insect to be aware of predators coming from above. This new super bug was detailed and colorized based on the original Blepharopsis Mendica Mantis. 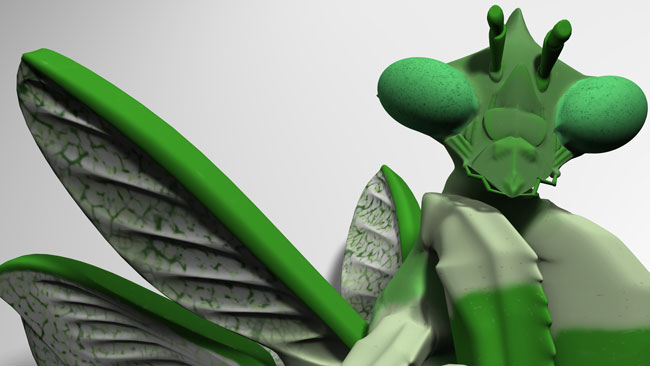 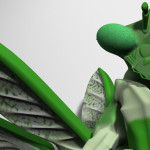 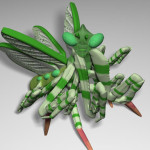 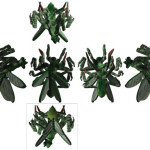 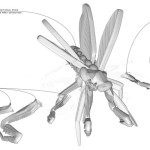 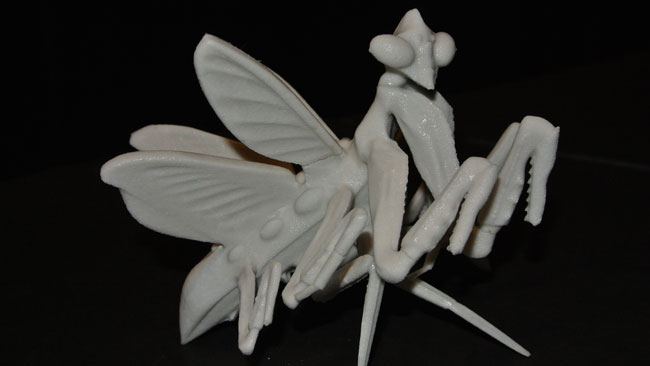 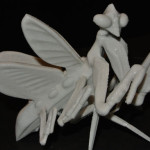 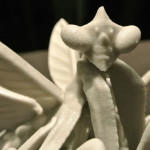 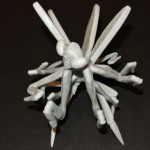 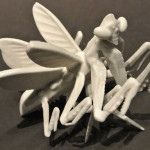 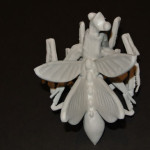