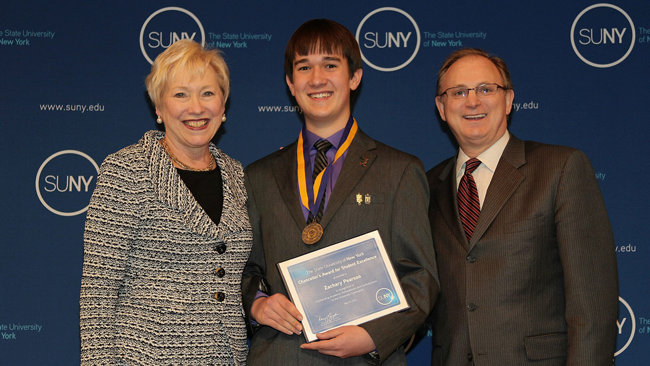 “Pearson, who is studying Computer Aided Drafting at Hudson Valley Community College, was honored at a recent ceremony along with other recipients from across the State University’s colleges and universities.

Zach has continually been a President’s List student during his time at the college and also has been named to Who’s Who Among Students in American Colleges and Universities. He is an active volunteer in his community and also is active in a variety of stage productions throughout the Capital Region. On campus, he serves as a tour guide for the HVCC Admissions Office.”